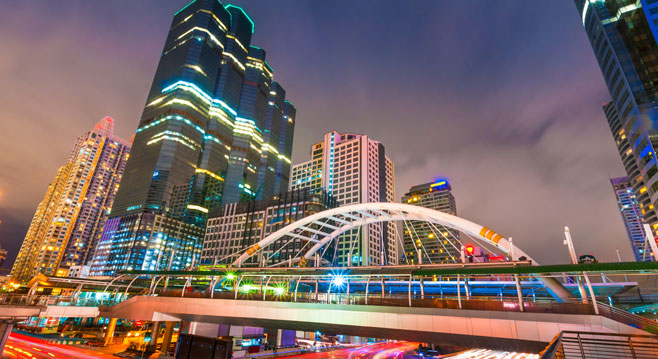 Most nationalities do not need prearranged visa, this being granted on arrival for a stay of up to 30 days. Other nationalities can obtain a 1 5-day visa on arrival (two photos needed). For a longer stay of up to 60 days, a tourist visa can be obtained in advance from overseas Thai diplomatic missions and embassies.

Duty-free allowance for visitors is 200 cigarettes and one litter of wine or spirits. Import or weapons or pornography is forbidden. Penalties for attempted smuggling of drugs are very severe.
Any amount of travelers cheque or drafts may be imported, but cash in excess of US$10,000 must be declared on arrival. Not more than 50,000 Baht may be exported in cash. Antiques and Buddha images require export licenses, applied for at Bangkok Department of Fine Arts.

Certificates of inoculation for cholera or yellow fever are only required if arriving from an infected area. Some border areas of Thailand are malarial, so appropriate precautions should be taken. Bangkok, major cities and resorts have excellent medical facilities and most hotels have doctors on 24-hour call.

In Bangkok, THAI operates a reliable airport/city transfer service. An air-conditioned limousine costs between B500 and B650 depending on model, to any city destination. A regular free shuttle bus operates between Bangkok's International and Domestic air terminals.

A THAI limousine from Bangkok Airport to Pattaya costs Bl,500 one-way. THAI also operates a bus service, daily, from the airport to Pattaya, fare is B200. In Bangkok a multi-route Airport Bus service operates to key points in the city center, fare B100. All airports have free baggage trolleys. Airport departure tax: B500 for international flights, B50 for domestic.

Thai currency is the Baht, divided into 100satang. Notes are in denominations of B1,000, B500, B100, B50, B20 and B10. Coins are of Bl0, B5, B1 and S50, S25. Cash and travelers cheques can be exchanged freely, with banks or money changers giving better rates than hotels. Major international credit cards are widely accepted in hotels, restaurants and shops.

Tipping is widely practiced. In restaurants give 10% if service charge is not included. Hall porters and bag boys BLO-20. Taxis are not tipped, but passengers must pay Expressway tolls extra.

THAI operates regular domestic flights to all major cities and towns throughout the country. Thailand's rail services are efficient, with overnight sleepers available on trunk routes.

Most hotels operate reliable limousine services, but these are more expensive than public taxis, which are numerous at all times of day. Use only those with rooftop 'taxi meter' sign, and ensure that the meter is switched on before you start. Take a hotel card, with name in Thai, to assist return journey. Tuk-tuks (three-wheel mini taxis) are cheaper, but must be bargained for in advance and drivers do not usually speak much English. Bangkok also has a comprehensive public bus service throughout the city.

Self-drive or chauffeur-driven cars are available, with leading car rental companies having desks at main airports. Self-drive is a good way to explore up-country areas. An international driving license is required, although most agencies accept American, EU or Australian national licenses. Driving is on the left.

Bargaining is widely practiced, except in department stores and up-market shops where prices are usually fixed.
Be cautious when buying jewellery, insisting on a guarantee of quality and fully descriptive receipt, in case of subsequent claim. Visitors are strongly advised not to accept the services of shopping touts who may approach them in the streets. The shops to which you are directed will pay the touts a hefty commission, which will be included in the price you pay.

There are literally hundreds of colorful festivals and temple fairs celebrated throughout Thailand during any year, many of them religious, or featuring traditional sports such as longboat or buffalo races. Contact worldwide offices of Tourism Authority of Thailand for exact calendar.